When I wrote Uncorrected Proof, I thought – as it was a novel set in publish9ng, warts, bad behaviour, mistakes and all – what’s the BIG thing that sticks most in an editor’s craw…the typo of course.

Perhaps there are a few more things that stick in editors’ craws but the typo is a great place for me to start....a craw by the way for those who are not up with the term is ‘a pouch in many birds and some lower animals that resembles a stomach for storage’ ..(worth knowing and possibly connected to the punch-line).

But why should typos stick so deep and hard and mean in the editorial craw? Well, I’m sure it is annoying for editorial purists at times to stumble across a (strategic) typo (that OMG moment, that moment of editorial triumph): SEE how much unhoused-trained writers-like-you need us! Let me be frank, thank the gods for the eagle eye of a munificent editor – like Mike Phelps without the coach-guy telling him how to swim – had to drop a sport reference in there somehow.

But heinous literary crimes aside, and stepping back from the taking of an editor’s role in vain, it seems there might also be a wider issue here, one of power (where Harvey comes in) – when is power never involved? Editors play a very important and often uncredited role  in keeping writers ON MESSAGE – for the benefit of all of society. (Heaven forbid writers are left to their own rational devices on the MESSAGE). 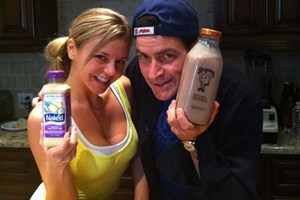 In toto, our creative managers play an important role. Just look at how incredibly naughty & thoughtless Charlie Sheen has been over the last few days. If it hadn’t been for the sensible handling of him by Hollywood’s best and finest (Moonves and the rest), SCB* might just have shocked Libya off the front page. What a travesty, the entertainment industry deflecting our attention back to the real battle – extracting mega-media-revenues from impoverished consumers. Eventually SCB will head back to rehab, end of story (for a while), while Libya’s gonad-breaker keeps us politically glued, at least for a few more daily editions. 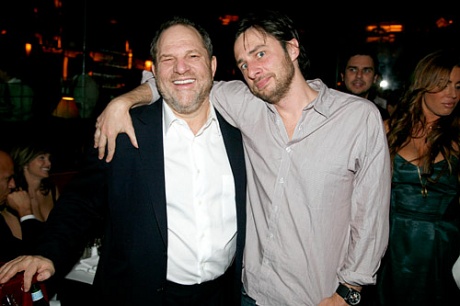 Apart from his penchant for power what does Harvey have to do with this?  His critique on CNN of SCB’s obsessions, Harvey’s own craw-charged battles with auto-gratification – on the floor chasing M&Ms – but that, like Charlie Sheen’s reel motives, and my typo-fictionalisations, is another story.

* Sacked Charlie Boy, the saga of off-message Charlie Sheen, a not so ‘poor’ not-so young actor learning how to get over himself.

2 thoughts on “Harvey Weinstein, M&Ms (MGMs or MFMs), SCB and the dreaded typo”